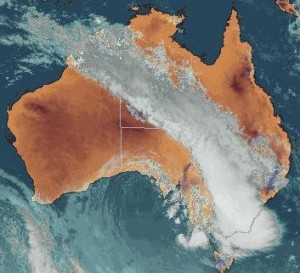 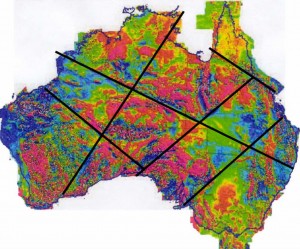 Above – clouds and rain following the songlines or telluric currents (Earth’s meridians of subtle energy currents). These have been energised and activated by Aboriginal people over 1,000s of years – and are now losing energy, depleting rainfall.

Rainmaking is an ancient art, practiced by many traditional cultures who lived daily an intimate, sacred, balanced relationship with Earth.

Are you living this way ? Can you help bring more respect, compassion, balance and harmony (peace) into your life and community ?

Science is now measuring the subtle energies of the forces, and energies that create rain. These include localized Earth magnetic fields and songlines (telluric currents). Our human bodies are key energy transformers that can help this process.

Encyclopaedia Brittannica definition:  telluric current, also called Earth Current, natural electric current flowing on and beneath the surface of the Earth and generally following a direction parallel to the Earth’s surface. Telluric currents arise from charges moving to attain equilibrium between regions of differing electric potentials; these differences in potential are set up by several conditions, including very low-frequency electromagnetic waves from space, particularly from the magnetosphere incident upon the Earth’s surface, and moving charged masses in the ionosphere and the atmosphere. Telluric currents are often used by geophysicists to map subsurface structures, such as sedimentary basins, layered rocks, and faults. An anomalous current density or gradient may be indicative of a subsurface structural feature.

When we build our ability to respond to life’s challenges and pressures, (like drought, war, loss, invasion) we are more response-able, and raise the ability of all life – as Nelson Mandela reminded us.

“We are finding that the Uni-Verse is composed not of matter, but of music” … Professor Donald Hatch Andrews “Symphony of Matter” 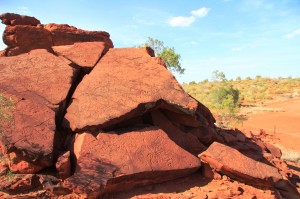 Important high energy sites are abandoned, and neglected. This one is part of the energy line that enables rain to western Queensland.

Sites like these have been energised and activated by Aboriginal people over 1,000s of years – and are now losing energy, depleting rainfall.

Your body runs on an electrical system that needs to be Earthed.

Is your body and your land “in charge” or in “re-volt” with reduced potential ?

See an explanation of Rainmaking at … http://www.soulinvitation.com/rain 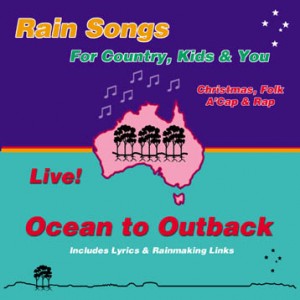